4 Tips for Fearless (and Successful) Confrontation 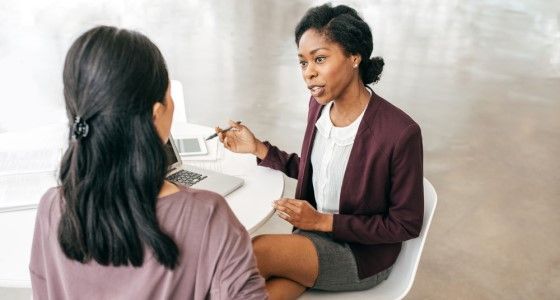 Let’s face it, who wants or enjoys confrontation?!? We tend to need a pretty compelling reason to undertake something so rife with potential disaster, yes?

When I look back with the hard-earned wisdom of hindsight, I see a number of situations in which my unwillingness (and inability) to confront cost me. Unclear expectations. Disappointing results. Lack of recognition. Misunderstanding. Even broken relationships. And all of these, mostly because I didn’t (and didn’t know how to) say what needed to be said.

This is my why: I don’t want those experiences — at least, as they depend upon me. I do want to have the skill and grace to, in fact, say what needs to be said.

Just in case my “why” isn’t enough incentive, there’s this: when we do not effectively name the actions, behaviors, and attitudes that are impacting us and others, they continue. The costs are far too vast and far too expensive!

I spend most of my time inside the walls of organizations large and small. Without exception, confrontation is what our clients — collectively and individually — know they need to do and what they dread the most. They can instantly think of their peers, direct reports, and certain family members that they know they need to talk to.

But, they don’t know how to have the conversation, and they worry about the results and ramifications, they anticipate it going badly, and so they (usually) don’t say anything at all. Or they do but say it badly.

Almost 100 percent of the time, when I begin to train on confrontation, I instantaneously feel the tension rise in the room. Muscles clench. Eyes look down. Dread sets in. If I could capture the thoughts in each person’s head, a collective “Aaaaaaaaaugh” would commence.

They’re not alone in this. You’d agree, yes? Most of us are uncomfortable with confrontation. And because of such, we avoid the conversations needed, or we finally do have them, but in ways that are less than effective and sometimes make things even worse.

In its simplest form, here’s my answer: PREPARE!

When we enter into confrontation without preparing, our fears of it going badly are more likely to come true. It’s pretty much a given that the conversation will steer off course, emotions will likely take the wheel, and we will find ourselves at a complete dead end – again. Or worse, with an even bigger problem than the one we started with.

Here are four key steps of preparation that, when taken, will decrease avoidance, reduce anxiety, and enable far better outcomes: 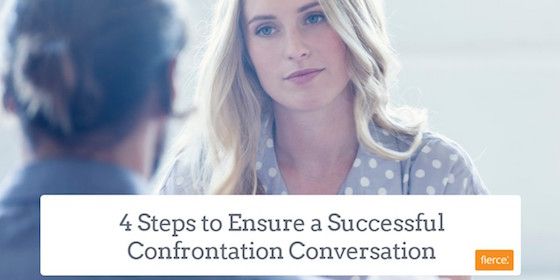 Get clear about what, specifically, has happened. Articulate the what, when, and where. What clear examples (no more than two) can you provide so the other person has a clear idea of what the confrontation is about? How do you feel? Why is it an issue? Why does it matter?

Once you’re clear on the issue, remember that this is what you’re confronting: the issue, not the person. When we feel emotions like anger or disappointment, we often make the mistake of confusing the two which leads to less-than-stellar results.

In my own experience, I can see that this single thing often prevented me from stepping into the hard conversations needed. It was about the person, from my perspective.

Yes, there was an issue, but at the end of the day, they were wrong, and I was right, right? And the idea of having to take them to task felt like a disaster waiting to happen. So, I delayed. I avoided. I resisted. (And, truth-be-told, I resented…) But, if I’d been able to see the issue separately from the person, I would have had far more courage to step in, to speak up, to show up!

We named this earlier: confrontation makes us uncomfortable. More so, it tends to summon an adversarial response.

We hear the word and immediately imagine pointed fingers, boxing gloves on, squared off stances on opposite sides of the table, smoke coming out of our ears. We need some new imagery!

When we break down the word “confront,” we see that it begins with the letters c-o-n. In Spanish, “con” means “with.” What if we began to see confrontation as an opportunity to be with someone, facing the issue in front of us, together?!

I’ll speak for myself: in order to change my context, I have to be open to hearing the other person’s side of the story. I have to stay curious. And I have to give up, again, my need to be right.

Easier said than done, but oh, the results are so much better!

When we picture ourselves standing side-by-side with someone, examining the issue together, our nerves calm down and we’re both better-positioned to work towards a solution. This shift, this context-change, is not only powerful in bettering your approach to this kind of conversation, but the confrontation itself will be more successful as a result.

Picture the person you need to confront. In your mind’s eye, see them walking toward you. Now, open your mouth to speak, say what needs to be said. What happens next?

I have a hunch. When the person you are confronting realizes what is happening, they will (naturally) turn inside — or on you. They’ll panic, they’ll react emotionally, and/or they’ll momentarily leave their body while lost in thought. This is more than your imagination. This is what you should expect!

Your thoughtfulness in the words and tone you choose, the examples you use, and your clarity about the situation is paramount. This is not the time to “wing it.” (Yes, prepare, prepare, prepare!)

In our CONFRONTATION PROGRAM, I train on a 60-second Opening Statement. It’s a terrific framework and step-by-step process that never ceases to amaze me by its effectiveness and impact. I have watched person after person, whether at C-Suite or line level, experience this tool that empowers, strengthens, and supports — that helps them prepare for the conversations most needed.

By preparing an opening statement, we say only what needs to be said, take responsibility for our part in the issue itself, and keep the conversation on track (not to mention get FAR different results than we’ve known before).

When you write out your opening statement, include the following:

And worth noting: it’s only 60-seconds! Going on and on about how you’ve been wronged will only steer the conversation off course — and potentially/probably make things even worse. Keep it short, keep it clear, and keep it clean.

Once you have a solid opening statement, practice delivering it to another person who’s not involved in the issue — a person you trust and who has your best interests in mind. Reading it to yourself versus saying it aloud are two very different experiences.

You may be surprised at how much emotion leaks into your voice (and your expression) when you share your statement verbally. Saying it a few times aloud will help you work through those emotions so that you can deliver your message clearly, succinctly, and effectively.

These four steps don’t promise to resolve the issue (though they might!), but they do promise to support you in the how-to, the preparation, the specifics of a confrontation conversation in and of itself.

Since I’ve been facilitating Fierce, I’ve thought back on so many conversations I a) never had but should of; or b) had but that went badly. I’ve played the tape out in my head, remembering what I did or didn’t do and the repercussions of both.

What I do know and have the privilege of witnessing over and over again through our training, is how the how-to of confrontation changes things from this point forward. I see this with our clients. And I know it for myself.

“Preparation, I have often said, is rightly two-thirds of any venture.” ~ Amelia Earhart

Where confrontation is concerned, I believe the fraction is closer to nine-tenths. Instead of avoiding or reacting, take the time to prepare, to separate the issue from the person, and to actually practice what you are going to say.

No question about it, these kinds of conversations are tough. They are also the ones that invite change, growth, honesty, transparency, and opportunity beyond measure. 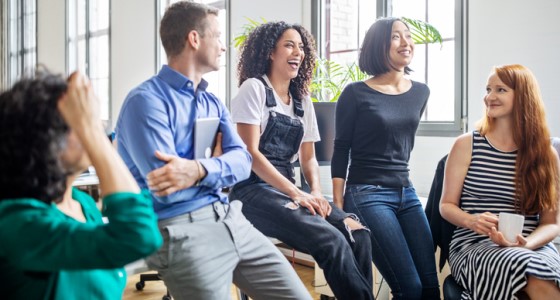