Top Three Negative Communication Patterns That Could Be Destroying Your Teams 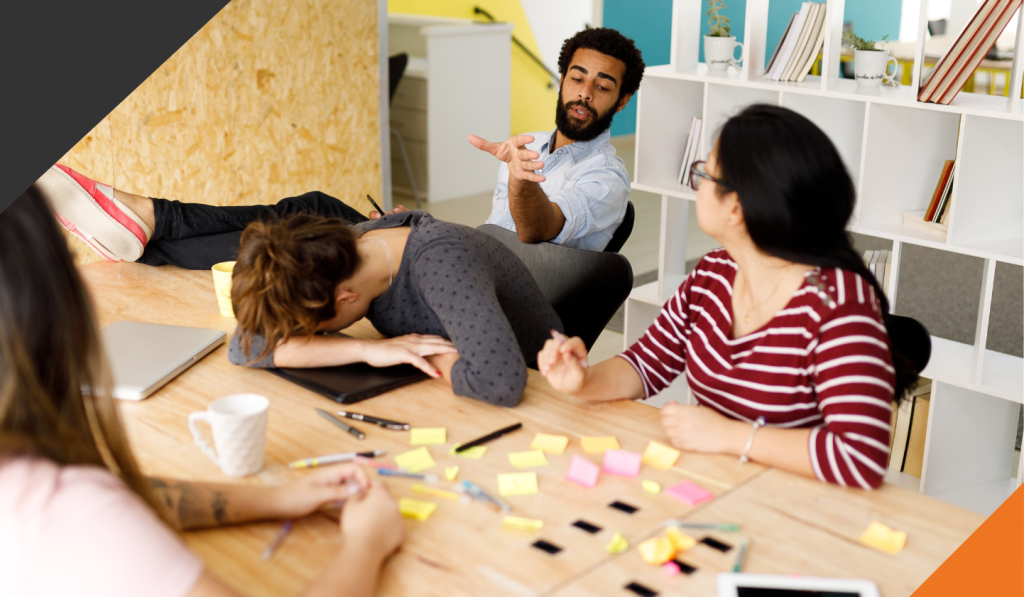 Maintaining a healthy and happy team environment is essential to progress in any organization and often easier said than done.

Communication breakdowns in the workplace, form a foundation of struggling, dissatisfied and disconnected teams. It’s imperative to acknowledge and address these roadblocks that frustrate your employees and stall workflow. When people aren’t communicating effectively; deeper thinking and problem solving get sidelined, causing employees to go into self-preservation mode. This heightened state of stress can’t last forever. As a result, it destroys teams over time.

Find out what is driving your teams apart and discover:

1. Criticism and Defensiveness. With all relationships, when critique becomes commonplace it essentially issues a death sentence to a company’s culture. Criticism, takes the facts of a situation to implicitly or explicitly attack someone’s character or personality. It often manifests as sarcasm, eye rolls, cutting people off in conversation, or outright personal digs. Although it is not always obvious. so-called “constructive” criticism often cloaks this attack. Why? Because the core building block of criticism is the idea that “something is fundamentally wrong” with the receiving party.

Let’s examine how the seemingly benign statement, “I wish you’d start turning your status reports in on time” is really a complaint that subtly suggests the ongoing expectation that the receiver will never change–or cannot change. This is the equivalent of stating that their chronic lateness is a character flaw, so deeply seated that they are bound to go on irritating the complainer forever.

The receiver hears implied negative feedback, what recourse do they have, except, to go on defense. This act of deflecting often feels like the only way out. After all, there could very well be a legitimate reason why the report is always late. Although, it doesn’t matter because all the complainer hears confirms that the receiver will never really be open to change or growth. They aren’t open to taking “slight criticism.”

Whatever the justification is for “criticism-defensiveness” cycle, it’s clear, until the pattern is abandoned, relationships in the workplace are bound to deteriorate.

2. Micromanaging is ‘demanding’ on steroids. Believe it or not, some leaders unconsciously do it. When their mistrust of employees goes so deep it becomes second nature. Micromanaging, communicates, in no uncertain terms, that team members can’t perform up to standard and might become defensive for a short time, resulting in disengagement or withdrawal. The receiver senses their work will never measure up and loses incentive to perform well.

As a result of this under performance, leaders frequently dig their heels and ramp up their micromanaging efforts, making matter worse. This pattern of ‘micromanaging-disengagement’ creates retention problems; and employees taken to their limit could withdraw permanently (i.e., they look elsewhere for more fulfilling work).

3. Listening to respond rather than listening to understand. Let’s face it; listening is hard, especially amid conflict. One person speaks, perhaps airing a complaint (see point #1 above), but is the other person really listening? You’re probably laughing right now because the obvious answer is: no. They are too busy working out their side of the argument in their head. Anything they happen to hear, is more ammo to aim back at the other person

The desire to WIN completely overshadows the need for understanding. If both parties are stuck in this mindset, the conversation is guaranteed to spiral out of control, widening the chasm between the two. Why? Because no one feels truly heard, and we mean no one. A breakdown of “idea exchange” usually occurs. Honesty and vulnerability then become too risky, eventually, if it goes on long enough, people simply stop talking out of frustration. Put another way, communication, is replaced with contempt.

This is a shame because conflict actually affords us the opportunity to forge deeper connections if we handle it with care. Turning off the script running in our heads while others speak is the first step in the right direction. This practice helps us tune into the other person and really begin to see the sense they’re making, even when we disagree.

These top 3 communication patterns can leave your teams disconnected, dissatisfied and disengaged, we have to replace this negative behavior by learning how to offer feedback effectively. Leaders and team members must begin to ask themselves: ‘How do we give feedback that moves us in a positive direction when all I want to do is complain, micromanage or win an argument?

Learn more about how to give Fierce Feedback, and transform your conversations to bring your team members together.