Why Being Nice is Hurting Business Results | Fierce

Why Being Nice is Hurting Business Results 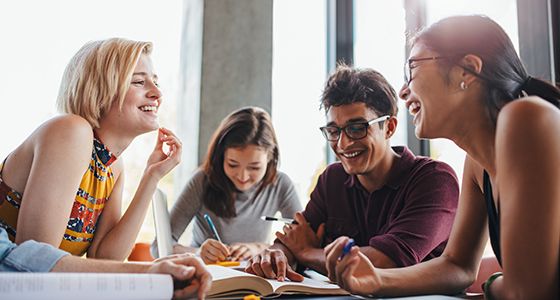 Have you ever noticed yourself or your team side-stepping real issues, soft-pedaling critical feedback, or avoiding uncomfortable conversations altogether?

Many company leaders have admitted to us that their organizations suffer from this type of culture, a “culture of nice” if you will, where people are afraid to speak openly or confront the behavior of others for fear they may “rock the boat” or be judged as challenging the status quo.

Why does this happen? Because we’re taught to treat others with kindness and to always “play nice.”

We’ve been told that being known as the person who speaks up against something they feel is wrong is bad because it will lead you to being perceived as too harsh or too honest.

Rather, insisting on keeping the peace — no matter the consequences — is the appropriate behavior.

You see this mindset show up in business all the time.

If you’ve ever used or heard the phrases “kill them with kindness” or “be a team player” or “it never hurts to be the nice guy,” you’ve been subject to a culture of “nice.”

So, why is being too nice in the workplace so devastating to organizations?

WHAT IS GOING ON?

John Seffrin, the former CEO of the American Cancer Society, once said, “when managers are TOO nice, they’re in fact not being nice at all and they’re doing a disservice to the people they manage.”

Take a second and reread that sentence. What is Seffrin implying about being TOO nice?

What he’s saying is when someone is TOO nice in the workplace — regardless of intentions — it can lead us to become enablers of bad behavior and bad ideas. And what do bad behaviors and bad ideas do for organizations? Nothing good that’s for sure.

Now, I’m not saying being nice is bad, because it absolutely is not. Being nice is a worthy attribute.

However, when “nice” starts to get in the way of real results, having a culture of nice is no longer beneficial to your organization and can lead to a host of challenges, including in the following areas:

Talent: When a manager is too nice to an employee who isn’t performing, or a peer refuses to give feedback to another peer that isn’t pulling their weight, the bar for what is “acceptable” drops and your talent pool follows.

The underperformers are never held accountable to their behavior, so the behavior continues, and festers — and the rest of the team begins to suffer as well.

The employees who are performing well, or the colleagues who are taking on additional workload to make up for the lackluster performance of another, become frustrated, resentful and demotivated.

Relationships suffer, turnover is rampant, and the talent you ARE able to hold onto is typically the group who is underperforming. There is very little growth and development, leading to our next cost…

Productivity: Employees who are never told what they are doing wrong, or what they could do better, understandably believe they are doing GREAT and so they continue with the same behavior. This leads to a plummet in productivity.

Without the right skills/talent to do the work, it is harder to get the work done and done well. Managers who refuse to confront behavior end up settling for mediocrity. A mediocre talent pool leads to mediocre results, at best.

Money: Clearly, low productivity and mediocre talent lead to a whole host of problems that affect the bottom line. A business will not perform to their highest potential without the talent to get them there.

Russ Edeleman, president and CEO of Corridor Consulting and founder of Nice Guy Strategies, LLC conducted a survey of 50 top CEOs. In the survey, he asked them what the cost to their business was for being too nice.

The inability to take initiative and go after being a better business, avoiding tough conversations with managers or other business leaders, caused their companies to miss out on opportunities that would have contributed significantly to the bottom line.

TACKLING THE ISSUE HEAD ON

As you can see, being too nice causes talent to decline, relationships to suffer, productivity to plummet, trust to erode, and the bottom line to dwindle.

So, what can you do to combat this problem?

First, think deeply about the type of culture you DO want to be a part of, a culture that you want to foster. What does that require of you?

Yes, there will be issues that are legitimately outside of your control.

At Fierce, we know that conversations are the work of the leader and the workhorses of the organization. They are the catalyst for progress and change.

Below are three conversations you can start having right now to better promote a culture that is authentic, honest and most importantly, sets your organization up for success:

Consider this: Our careers, our companies, our relationships, and our very lives succeed or fail, gradually, then suddenly, one conversation at a time.

The bad news is, most of us don’t wake up until suddenly. The pain of suddenly is what motivates us — a bad review, the loss of a key employee, or discontentment with our current employment.

Highly effective leaders know this, and they track the trends. Every day, they know their results are either moving in the direction they want them to go, or not. They notice that their team members are either productive, thriving, and engaged, or they are confused, overwhelmed and floundering.

Highly effective leaders know where their teams stand, and they use this information to course correct.

When something is off track, when the team isn’t achieving their desired results, or an employee’s performance is not where it should be, they pause and HAVE the conversation.

Feedback is a conversation in which we help ourselves and others stay awake during the gradually so that we arrive at our desired suddenly.

As Robert Redford’s character said in the movie, The Horse Whisperer, “knowing something is easy, saying it out loud is the hard part.”

There are legitimate reasons to be scared about having some conversations. Let’s be honest — some people do not react well when confronted, regardless of how eloquent and thoughtful you are. This is the reality.

However, what is also reality is that the cost of not having the conversation is much greater than the risk of it going badly. The value of confrontation is that it helps us solve problems.

As the saying goes, you get what you tolerate. When we don’t confront behavior, our results (and the results of our team members) continue to suffer.

Unfortunately, team meetings can be a breeding ground for “nice” or agreeable behavior.

Think about it, we’ve all been in THAT meeting where one person dominates the discussion and the rest of the team sits there in the land of “corporate nod” – nodding their heads in agreement, but not saying a word.

If you could peek into these team members brains and read their thoughts, I bet you would read things like “This is never going to work,” or “why didn’t she ask me for my suggestion before this meeting – does she not know I am an expert in this?” Or, “yeah, yeah, we’ve been down this road before, what a waste of time. Maybe if I sit here and keep nodding this meeting with get over sooner.”

Team meetings are a place where nice prevails on the surface, AND multiple, competing perspectives DO exist.

So, what’s the problem when we stay on a level of constant “agreement”? According to Jeff Bezos, CEO of Amazon, “being too agreeable can make you more susceptible to something called “groupthink.” A group’s tendency to ditch independent thought in favor of the collective agreement.

Teams with too many highly agreeable people on them tend to fall into this trap more often The danger in groupthink is that it stifles creativity and the ability to successfully problem solve. This makes for less than effective team meetings and may be why we find ourselves, seemingly, in the same meeting over and over and over.

The key to ditching groupthink and making your team meetings more successful is knowing that inviting multiple perspectives is twofold. Number one is making sure you are literally inviting the right people to the table, and number two is ensuring all voices are heard.

Once you have the right people in the room, be sure to hear from everyone.

When only the external processors are heard, we lose the perspective of people who may need more time to process. Many fewer dominant people clearly see the undercurrent of your team or organization, and their perspective can be invaluable.

By leaving niceness behind and taking advantage of these conversations types, your culture will begin to shift and you will start seeing real, open and transparent conversations happening that will get you the business results you crave.

When employees and leaders come together to share their perspectives, ask critical questions, and tackle the tough challenges, they are building a shared culture that increases engagement and enables the entire team to take accountability for that culture.

Curious to read about the ROI of having skillful, authentic conversations? Download our whitepaper today to learn about the relationship between ROI and ROE, and how you can implement both into your overarching strategy.