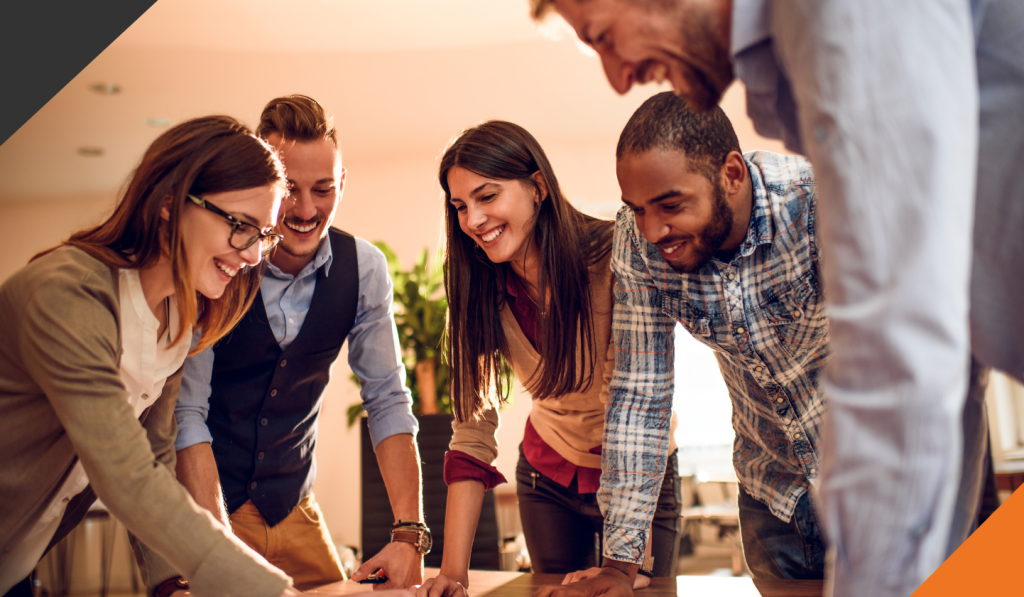 No leader has ever wished for a low-performing team. As a team-member you’ve never longed for a dysfunctional team that muddles along bumping into obstacles but never accomplishing much.

No matter how strong our competitive drive is, we long to be part of a winning team–a high-performing team. The kind of team that smashes obstacles, knows its goal, and sets a plan in motion to accomplish more.

Yet, the dream of the high-performing team seems to slip through our grasp. There are moments of greatness in every team. Those times when you are in sync and things move smoothly in a flow state. You can feel the energy, but it never seems to last.

Is there anything you can do to create the right conditions for highly connected, high achieving teams? We think so. In fact there are 5 Key Characteristics that epitomize teams that consistently outperform. Implementing these elements will move your team toward greater cohesion and innovation.

High-performing teams are built on the foundation of clarity. They understand the overall vision of the organization plus how they fit into the organization’s structure and purpose.

As a leader it is incumbent upon you to communicate this vision in a practical and clear way. The vision must be kept front and center in the daily work lives of team members. Every action they take as individuals and a group must align and be pointed to accomplish their portion of the vision.

Even if you aren’t the head of an organization, you still must translate the vision for the team you manage. This happens through open conversation and through collaboration with team members. Discussion and feedback regarding the overall mission and the team’s place in the vision is important. Once all members of the team create consensus of their own “sub” vision of the organization of the team they will share in the vision and feel a sense of ownership as they work toward that common goal.

One of the most frustrating aspects of work-life is not being clear about roles and responsibilities of the team and the individuals within. Only when responsibilities are crystalized can accountability take place.

Years ago, I was part of an organization who had a super-star on the team. She was intelligent and highly capable. Yet everyone in the organization was incredibly frustrated with her. Every project she tackled was executed flawlessly, but team members continued to grumble.

Eventually through much team frustration, the leader recognized the issue and built a clearly defined set of responsibilities for her. Once everyone fully understood her role, she began executing on those roles and the team moved forward in sync.

When everyone knows the part they play in the team, dedication to each naturally arises, because team members support each other in reaching their individual goals.

Communication is vitally important in building teams that perform at the highest level. At Fierce, we’ve learned communication is the true lynchpin of great teams. Unfortunately, these “soft” skills are rarely taught. Most team members are great technicians but poor at communicating with each other.

Time must be spent with tools to support communication between members. Team members must learn to respect viewpoints, learn empathy, and accept the different context and perspectives of each other. No one can be excluded from this task.

Conflict is the canary in the coal mine. Unresolved conflict or frequent conflict within teams is an indication communication must be strengthened. Conflict is also an opportunity to deepen communication skills and create greater cohesion within the group.

Trust must be given rather than earned. As a leader you must exhibit trust in your team. Extending decision making power to the team is one way to give trust. You must also create a sense of trust as well. To create trust as a leader you must show some level of vulnerability and be responsive to the needs of the team.

Trustworthiness on the part of the leader will filter down into your team. As you exhibit trust in the ability of your team, you create an environment where they trust each other.

In many ways trust is built from respecting the capabilities of each other. Extending respect builds trust. When you begin to see trust waver within a team, this is a signal conversations need to take place to restore what has been lost.

Because none of us know all the answers or have the skill sets to tackle every challenge, we must be open to learning and becoming better at our jobs.

Knowing the gaps in a team’s skill set happens through ongoing feedback sessions and conversations. Participating in continuous improvement discussion as a group leads to insights on these gaps. As a team examines the pain points or inefficiencies in their work, they can determine root causes and create action plans to improve. Improvement may require training in new skills. Understanding these gaps can only happen if we are willing to confront ourselves in conversation.

Building a high-performing team takes work. Implementing each of these elements is a journey, but one worth the effort toward a team that is collaborative and on a mission together.

Fierce has created multiple programs to help leaders instill these characteristics in their teams such as the Fierce Foundations Program or the Fierce Feedback Program.