What is DE&I and Why is it Important in the Workplace? | Fierce

What is DE&I and Why is it Important in the Workplace? 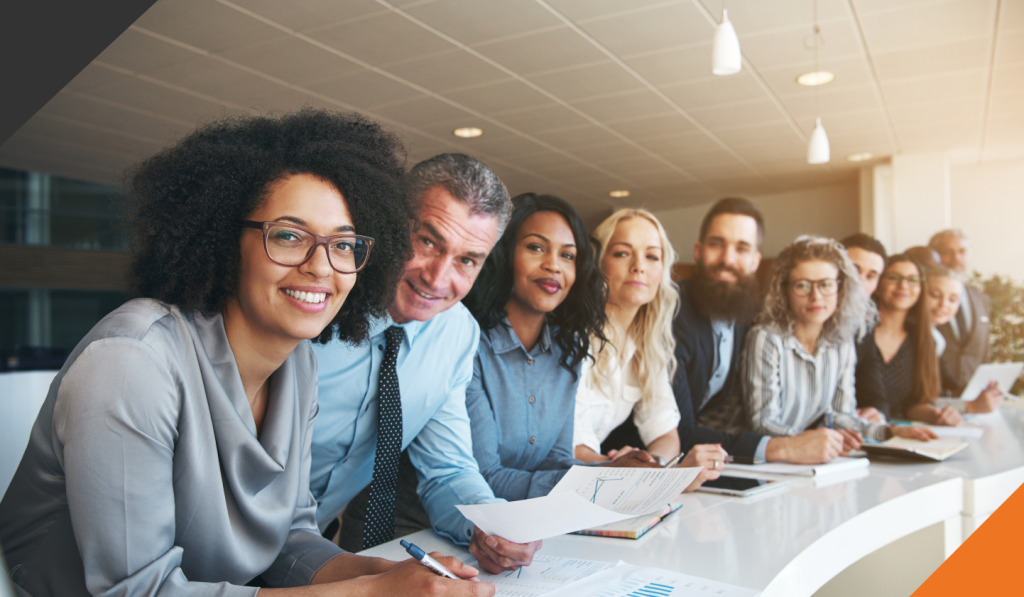 DEI is a powerful workplace initiative you’ve heard about over the last several years. It’s the right thing to do but many companies still don’t have it right.

Recent surveys of corporate leaders show that 93% agreed that DEI initiatives are a top priority but only 34% believed it’s a strength in their workplace. Among HR professionals, 80% felt that companies were only going through the motions.

At Fierce, we believe DEI is important but many don’t understand it or know how to implement it effectively.

Let’s begin with the definition of terms to understand exactly what is DEI. Then discuss why it’s important in the workplace and what are some simple ways that you can reframe the initiatives to be more effective in your organization.

DEI stands for diversity, equity, and inclusion. These three concepts acknowledge the various differences between people in our workplace. These differences may be racial, sexual, gender, religious, age, culture, and many others. The different components of DEI work to embrace, support, and value the differences among us to strengthen the power of an organization.

Diversity – acknowledges all the different ways that people differ. These could be culture, race, gender,  socio-economics, language, political perspectives, education and many other factors.  When diversity is upheld as a value within an organization, differing viewpoints and perspectives are allowed into the conversation strengthening the overall culture. Careful attention is made to acknowledge differences that have been marginalized or under-represented in the larger society as well as specific Industries.

Equity – allocates resources to ensure everyone not only has equal opportunity but can achieve similar outcomes. Equity seeks to ensure that processes and programs within the work environment are impartial and fair.

Inclusion – is diversity in practice. It is the act of supporting, valuing, and respecting all individual contributors regardless of their differences. An inclusive organization will give every person a sense of belonging in the workplace. Various viewpoints are welcomed to participate in decision-making and the growth of the organization.

Why is DEI important in the workplace?

1. To redress inequality of opportunity – Statistics among underrepresented groups in the workplace have made progress, but there is more work that needs to be done. People of color are under-represented among white color jobs and leadership roles. However, they are over-represented in lower-paying jobs. Asian Americans are the least likely to be promoted to management and executive levels in places like Silicon Valley high-tech jobs compared to other groups.

Employees of color consistently report less positive experiences at work. These inequalities aren’t only specific to racial and ethnic differences but similar disparities are seen among women and even older adults.

2. Create psychological safety and high-performing teams – This is the Cornerstone of any high-performing team. It allows people to take risks and not fear they will be judged or punished. They can speak out and not be criticized personally. They can admit they don’t know the answer to a challenge but are still learning and seeking solutions. It’s about mutual respect.

When people feel valued and included, regardless of differences, they will bring their full selves into the workplace. Until every employee feels safe to contribute within the workplace, their talents will be underutilized. As every member of an organization begins to understand their context and the context of their fellow team members, collaboration will grow. Unfortunately, this is not always the case for many workers.

Workplace data says that one in four people left their jobs because of mental health.

One in five employees say their companies aren’t doing enough for mental health. And only 43% report a positive climate within their team.

3. Builds Resilience – Fierce, is are committed to building resilient leaders and teams. DEI is a key component in creating a resilient workspace. A recent article, in the Harvard Business Review, discusses the three biggest drains on resilience.

Two out of the three factors can be tied directly to DEI initiatives. As people feel valued and respected, and develop conversation tools to understand and navigate differing perspectives, resilience is increased.

The strategy, that is most effective with DEI initiatives, is to pivot from diversity training, to leadership development coaching. This is the position we have taken at Fierce and implemented with many of the companies we work with.

For 20 years, Fierce has taught conversation skills that improve day-to-day interactions and get results. Productive communication and conversations are embedded with the values of DEI because they proceed from valuing others, understanding their context, and learning to communicate in their language.

The approach we take in DE&I development has to be in the line of work and relevant to what the employee is facing in their employee lifecycle stage. Whether they are a new hire, new manager, or senior leader, development may be different, but it will always value the person and seek to uplift them in their career.